Eng. Saleh Abdullah Al Abdooli, CEO, Etisalat Group said: "Etisalat Group continues to deliver a solid performance in the third quarter thanks to our continued focus and effort in the digitalization of services and solutions. As we move into the 5G era, our network and talented teams are well equipped to lead the ever-changing requirements of our consumers and the telecom industry."

"In keeping the momentum of our success and focusing on adding value to our customers and shareholders, we remain committed to bring innovative solutions and provide value propositions for the digital age. Our efforts have helped build a dynamic ecosystem that will drive future growth and pave the way for our digital ambitions and implementation of futuristic technologies," he added.

"Etisalat is thankful to the vision of the wise leadership of UAE in positioning the country among the most digitally advanced globally, inspiring us to deliver world class networks and innovative services. We also extend appreciation to our shareholders and loyal customers, to whom we owe more success and greater achievements." 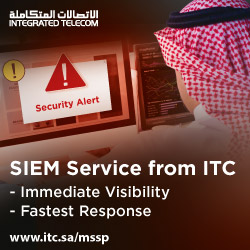